In addition to scores of posters announcing films, Christmas programs, and other DIVEDCO-sponsored events and productions, the Division also produced a periódico-cartelón, or newspaper-poster, called Nuestro Mundo (Our World).

The purpose of Nuestro Mundo was simple and straightforward: each number was designed to summarize the contents of a particular book in the series Libros para el pueblo and to announce the upcoming circulation of free copies of the book in question in rural communities. The number dedicated to the 5 cuentos de miedo serves as an illustrative example of the newspaper’s typical format: it contains a detailed description of the book, a table of contents, brief summaries of three of the readings, and five eye-catching images, including a reproduction of the book’s cover. Under the latter image we read “This is the front cover of the book ‘5 cuentos de miedo’ that is about to be distributed in the countryside of Puerto Rico. This book is free, like all the books published by the Division of Community Education. A committee of residents will be in charge of distribution in your neighborhood. Procure your copy.” Like the other posters produced by the DIVEDCO, copies of Nuestro Mundo were hung in prominent locations throughout rural communities, such as grocery and hardware stores, local eateries, hospitals and health clinics, and community centers. Though they were likely produced in large quantities, collectible copies of Nuestro Mundo are exceedingly hard to find.

Without a doubt, Nuestro Mundo is among the rarest and least studied of the DIVEDCO’s productions, and plenty of confusion remains concerning their time of publication given that none of the issues of the newspaper-poster bears a date. It is true, as we mention above, and as more than one expert has observed before us, that Nuestro Mundo was conceived to announce the Libros para el pueblo. However, it is important to point out that most numbers of the newspaper appeared many years after the original publication date of the featured book. Such is the case of all of the examples featured here. For instance, De cómo se vive en distintas partes del mundo, the second book in the series Libros para el pueblo, was originally published and distributed throughout rural Puerto Rican communities in 1950, but it was featured in Nuestro Mundo much later, probably after the release the 4th printing in 1966 (the 2nd printing appeared in 1961, and the 3rd in 1964). Likewise, the first edition of Los casos de Ignacio y Santiago came out in 1953, but the number of Nuestro Mundo dedicated to that particular title clearly states – under an image of the book’s cover – that it was produced after the publication of the second edition, which, according to the date on our copy of that title, appeared in 1960.  In short, despite some confusion concerning theirs dates of publication, each number of Nuestro Mundo reminds us that most of the Libros para el pueblo were reprinted several times, that they were frequently redistributed throughout the island’s rural communities, and that many of the titles in this iconic series were considered by the DIVEDCO’s organizers to be important educational and cultural artifacts for years after their original dates of publication. 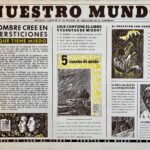 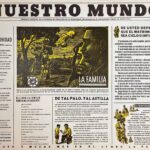 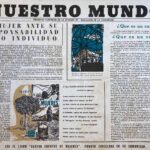 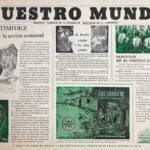 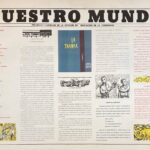 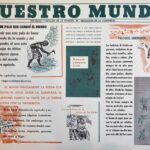 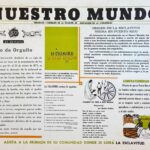 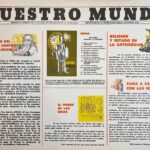 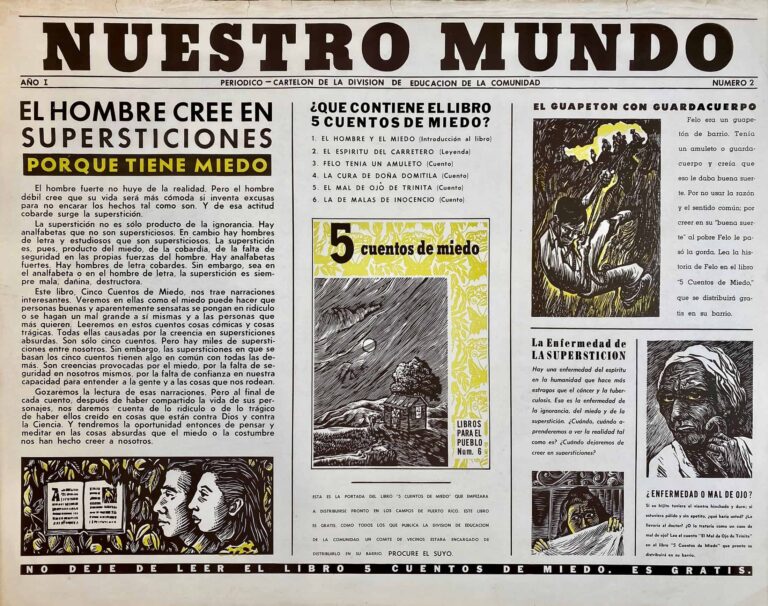 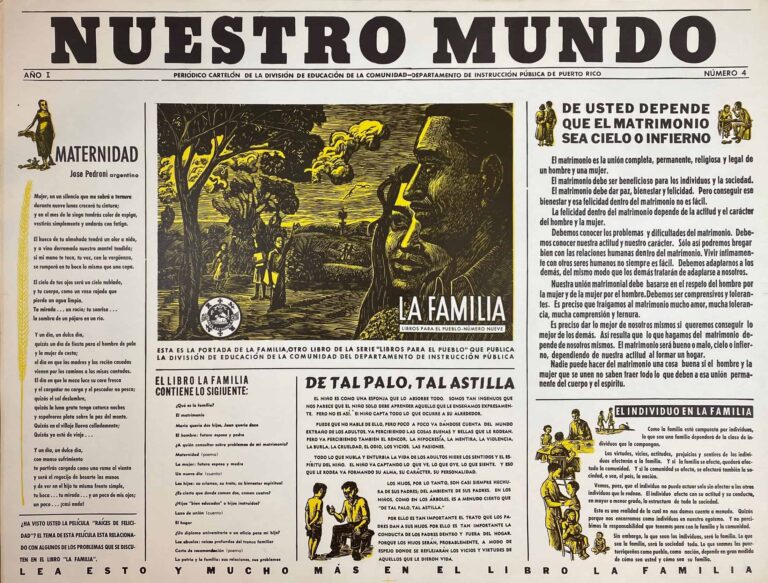 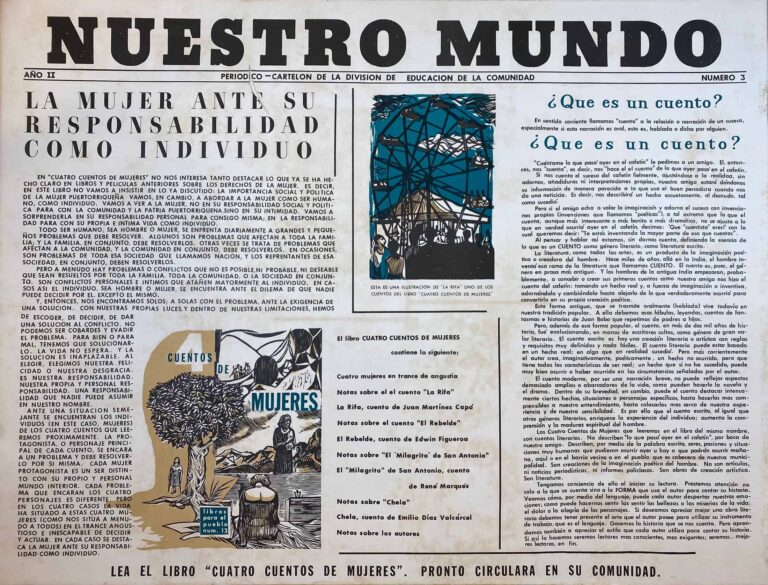 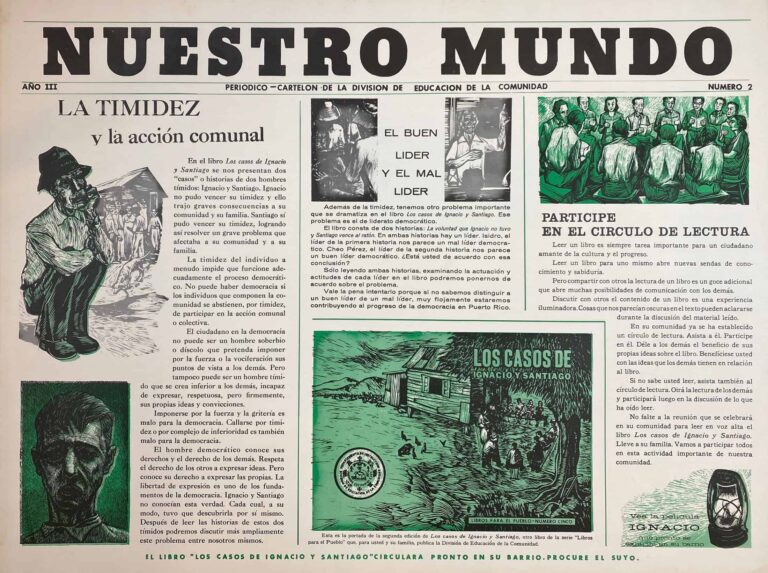 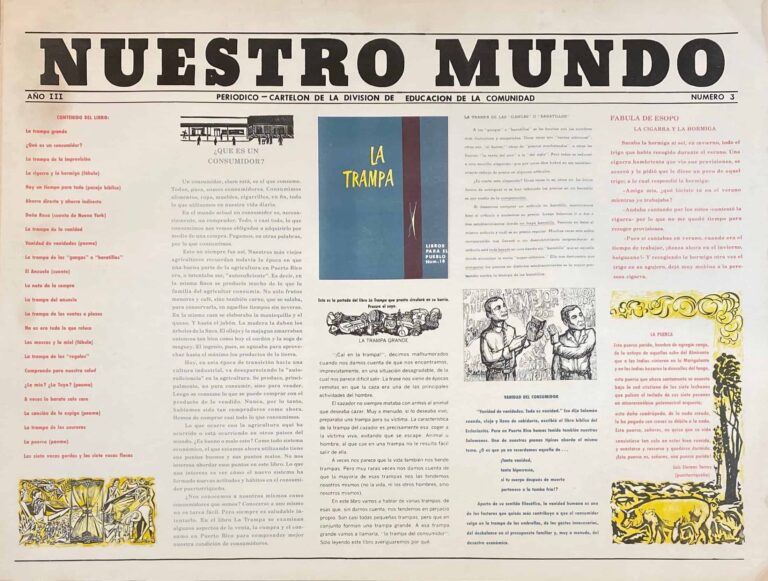 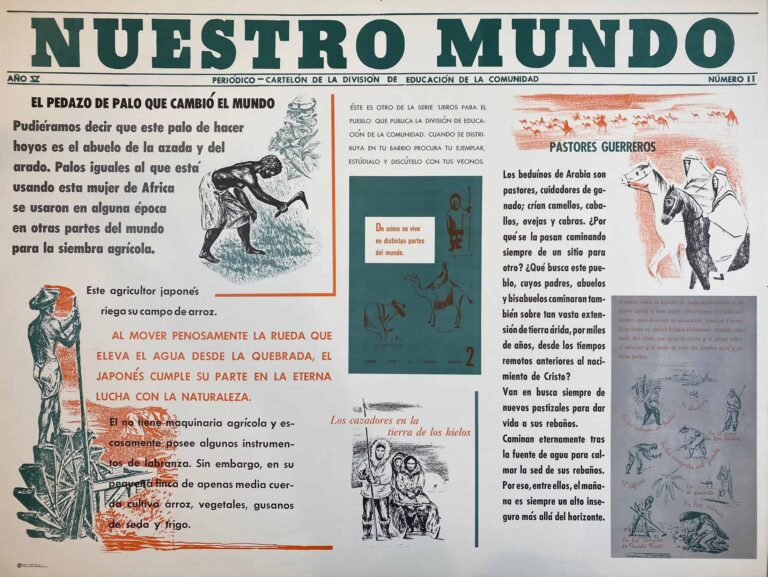 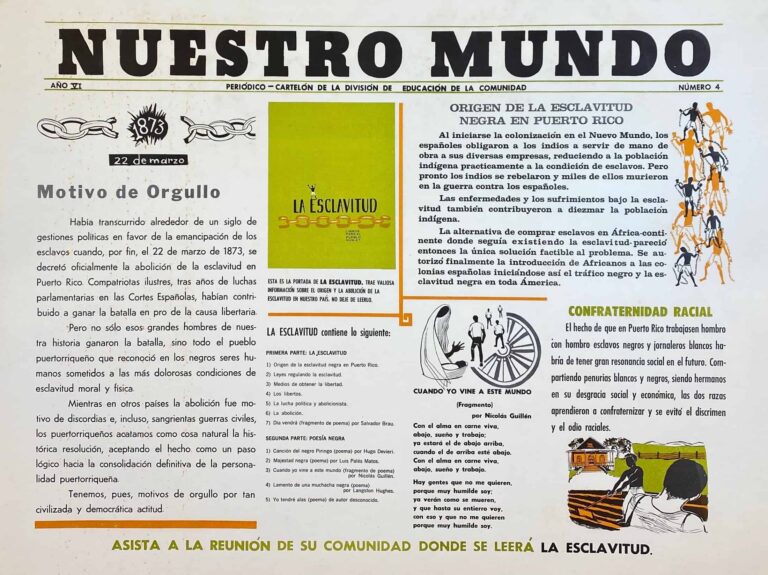 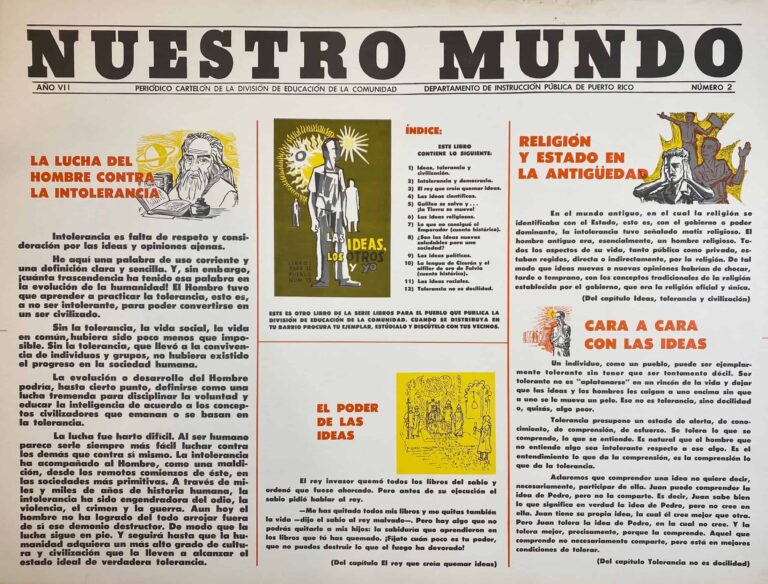